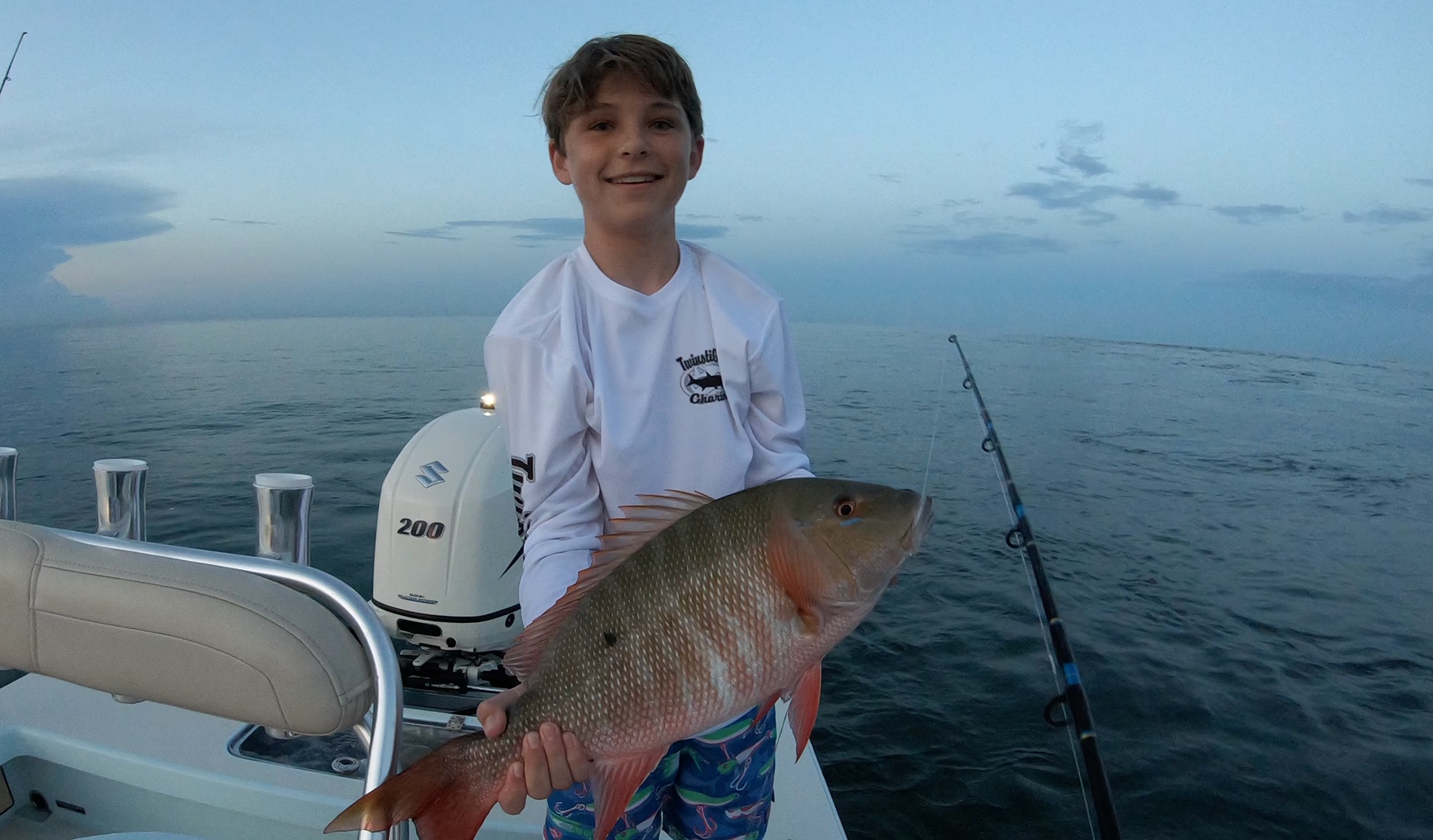 Non-Stop Action Off the Beach

We decided to get in on the red-hot bite off the beach in Dade County aboard TwinstiGator Charters!

We has Capt. Mike Grimm on the bow with is 12-foot castnet loaded up as we started out the trip running the beach in search of the enormous schools of pilchards that have been podding up over the past month. And these schools have drawn the attention of plenty of Snook, Tarpon, Jack Cravelle, Sharks and various Snapper species. We found a large school and loaded up the 12-foot castnet with plenty of livies.

Once we set up, it didn’t take long for Will to catch the nice Snook below.

The action was non-stop on baits fished up top and baits fished near the bottom. Brady caught this stud Mutton Snapper on one of those baits. This was Mr. Mutton’s lucky day as we released him instead of inviting him home for dinner.

Will followed that up with this nice Mangrove Snapper who also avoided a trip home for dinner.

We also had some live mullet aboard so we drifted them way back as we worked the Snook and Jack Cravelles. We caught a nice Blacktip Shark that weighed 60-70 lbs and also jumped a few Tarpon, one was well over 100 lbs.!

We wrapped up the trip targeting small tarpon in the intracoastal and they did not disappoint!

The Mullet Run is just around the corner and our September/October trips are filling up. Book your trip to get in on the action. Call NOW!