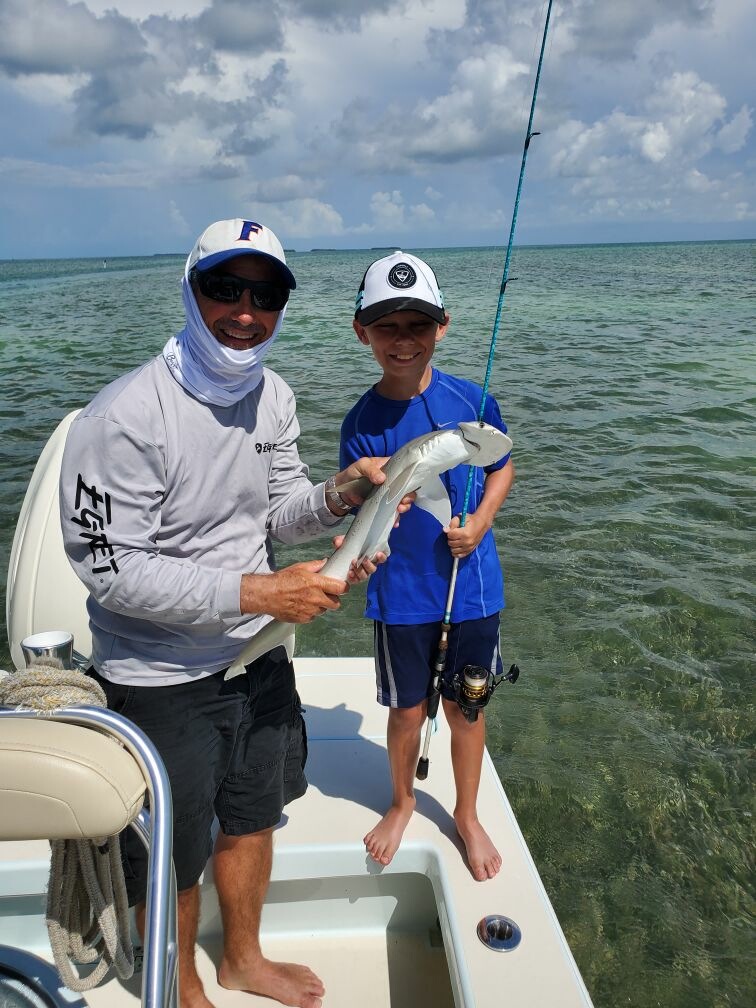 Fun Flats Action for All Ages

While down in Islamorada for the Independence Day Holiday, it was time to explore the bayside flats and the flats did not disappoint aboard TwinstiGator Charters!

Rods were bending from the word “Go” and the action was steady for hours as everyone aboard caught sharks and snapper on light tackle. We love Kid-Friendly trips aboard TwinstiGator Charters!

We were staked out fishing live shrimp and chumming with dead shrimp to attract flats dwellers such as Bonefish, Sharks, Barracuda and Snapper on the incoming tide.

Liz and Charlie traveled all the way from Colorado to fish with TwinstiGator Charters and sample the summertime Keys action. Liz and Charlie caught their very first sharks and were on top of the world. As you can see above, Liz was amazed to see how sharks have no problem nibbling their tails.

NOW is a great time to fish with TwinstiGator Charters for summertime inshore action. Call NOW!